I FEEL SO ILL.

I would not recommend my Sunday afternoon eating habits to anyone.  Just in case you’re wondering, marshmallow fluff and nutella are a terrible, terrible combination.

And by terrible, I mean utterly and irrevocably delicious…until you eat several hundred spoonfuls straight from the jar.

If it was possible to die from a sugar overload, I would not have made it through the day.  You can’t really blame me though – I have never in my life purchased a jar of marshmallow fluff or nutella, so I had 21 years of spreadable sugar deprivation to make up for.

So why did I break the ever-established rules of my dietician mother and get these two nutritionally void products?

As the title suggests, this was quite the decadent dessert.  So many layers.  So much sugar.  Enough to make any one diabetic, really.

As I often do with complex, multi-layered foods, here is the anatomy of this sinfully rich dessert: 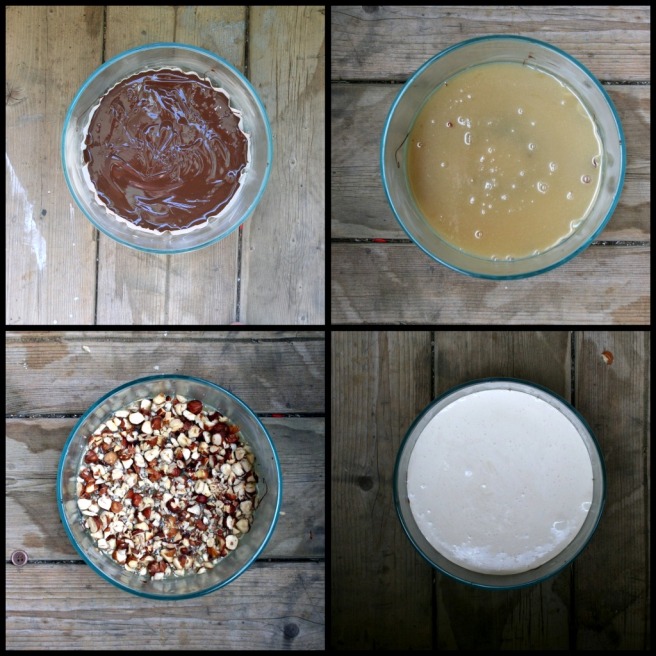 The layer-by-layer breakdown photo (minus the top fudge layer) was inspired by my dear friend and fellow blogger Brittany.  Visit her blog, it is awesome.

Now, I was originally supposed to make this fudge for an office meeting we were having on Monday.

WHAT WAS I THINKING?

The only age group who enjoys layer upon layer of sugar is the under 20 bracket.  Not grown ups.  Perhaps what happened next was for the best.

Yep, you guessed it.  The fudge got stuck in the bowl.

It was completely my fault.  The blogger whose recipe I was using said this should be made in a big 9×9 pan.  Instead, I insisted on using a deep Pyrex dish (to be frank, I was too lazy to run over to my old house to get my baking pan…lame).  Clearly the part of my brain that determines when rational decisions should be made was on an extended vacation.

The emotional breakdowns that resulted from this sticky situation were not pleasant, and I am embarrassed to say that I ate away my feelings.  Yes, that’s right.  I ate even more.

The pictures you see in this post are of the two almost-full pieces of fudge that I managed to salvage and make look presentable.

So what will I do now?  Eat the destroyed fudge with ice cream, of course!

In the meantime, though, I think I need a glass of milk.

A word to the wise: if you are to recreate this recipe, please, please, PLEASE follow the actual instructions.  None of this Pyrex nonsense. 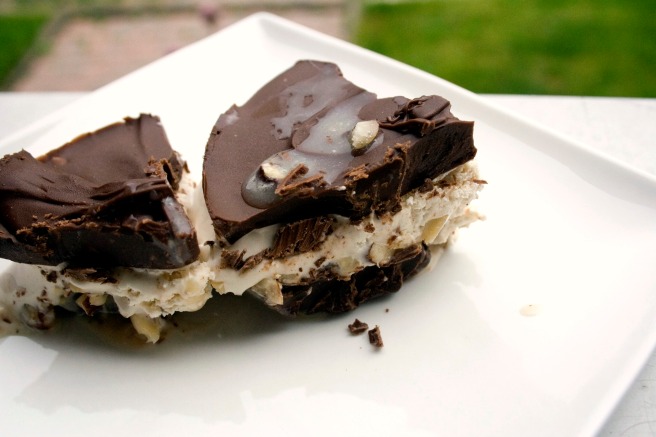 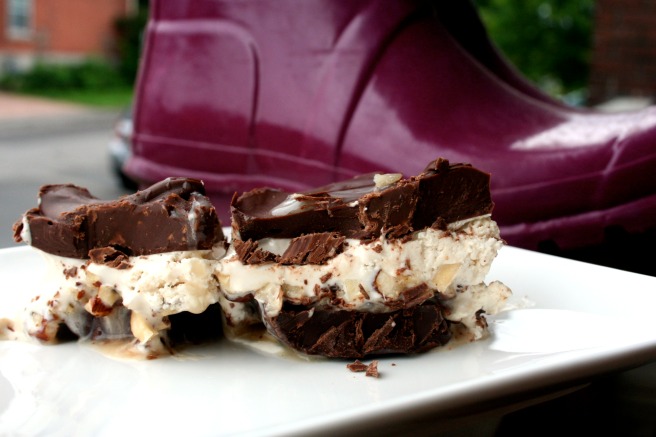 Caramel Layer
In a small saucepan, combine the cream and the salt.  Simmer over very low heat until the salt is dissolved. Set aside.

In a medium saucepan combine the sugar and corn syrup carefully. They will not combine well until the sugar begins to melt. Cook over high heat until it is a medium gold-ish brown – it will continue to cook in the heat of the pan. Better to pull it too early than too late.

Remove from the heat and let cool for one minute.

Add the cream mixture and the vanilla to the sugar mixture.  Whisk in the sour cream.

Top Layer:
Repeat process for bottom layer, and pour evenly over the top of the previous layers.

Refrigerate for 3-4 hours, until firm.  Cut into bite sized pieces.  Caramel layer will be gooey, keep refrigerated until ready to serve.