Lets just start off this post by saying that these “meatballs” became more of a Hungarian goulash (as my mom said).   No wonder Canadian Living didn’t accompany this recipe with a photo in their September issue…

So here’s the story: At around 6:30 p.m. on Monday evening, anyone who entered my household would have thought I had gone mad.  Leaning over a stove that I wasn’t used to, I rapidly watched my delicate, hand-shaped meatballs rapidly become an unsatisfying, greyish mush.  Sure they smelled delicious, but that didn’t stop me from storming around my kitchen, asking my mom why in the world she didn’t have a non-stick pan.  Oh kitchen ordeals.  As a disclaimer, this entire issue probably could have been avoided if I had put in the mere 1.5 eggs that I was supposed to.  Rather than dividing this slimy little egg membrane in order to one and a half times the recipe, I just plopped the whole thing in, deliriously mixing in a frenzy of inflated happiness.  Do not try this at home.

Although I am normally a strict believer that if something doesn’t look nice, then it won’t taste good, this goulash/meatballs/whatever you want to call it actually didn’t taste bad.  My brother went back for seconds (which may not be saying much, since he is a 16-year-old boy) and I got compliments once again from good ol’ ma and pa.

ALSO, this meal marks the first time I have EVER eaten mushrooms.  Go me!

ALSO2: I would like to throw an extra-special shout out to my mom, who had to deal firsthand with my psychotic meatball breakdown. 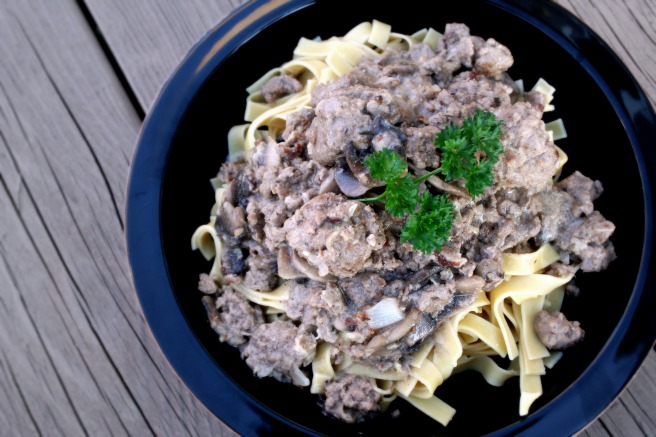 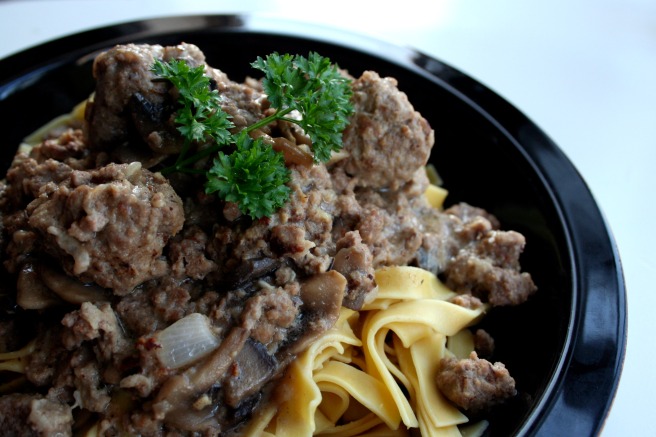 One thought on “Swedish “Meatballs” with Egg Noodles”