Guys. Jen, Ian and I did the most Canadian thing ever. We tapped the maple tree in our front yard.

Well, to be perfectly honest, Jen tapped it. She macgyvered a tapping device out of a piece of copper pipe (which our metallurgist friend said shouldn’t poison the tree or us, don’t worry!) and hung a giant bucket on said tap using an S-hook and the will of a woman determined to make it work. She remains one of the most resourceful people I know. 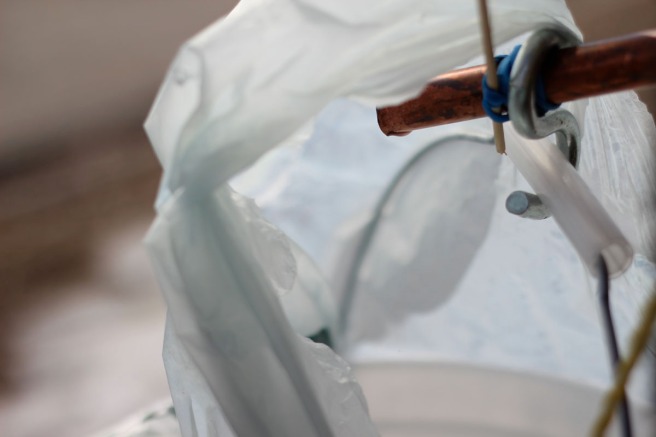 The thing about making maple syrup is that it’s a process of timely refinement. In order to reach the optimal 67 per cent sugar content, we had to simmer our sap for…about seven hours. Jen has reported that our hydro bill went up by approximately $20 (we justify this by concluding that we’ve made at least this much money’s worth of syrup). As seen above, our sap was being held in a giant soup stock pot, the contents of which threatened to slosh over the side as we made our way from the maple tree up our partly snow-packed, gravel driveway. That, say, 40 cups of sap per pot then had to be cooked down to about 1/40 of its original volume. 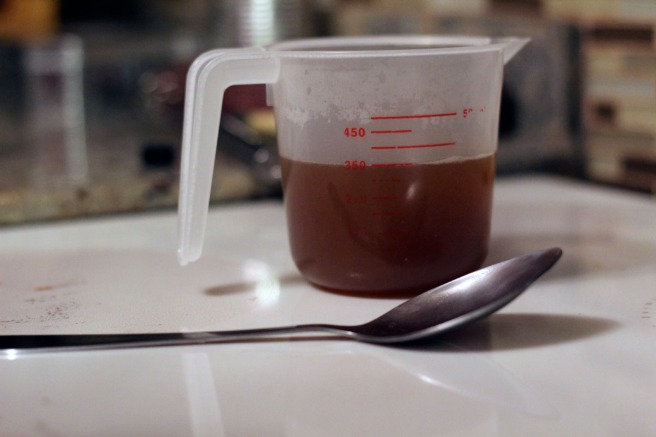 So our stove has been working in overdrive the past few weeks. On the night of seven hour sap reducing, our entire house was filled with humidity. I used my fingertips to paint condensation cartoons on the walls and windows, and our basement was dank with the weight of evaporated water and the smell of cedar walls. 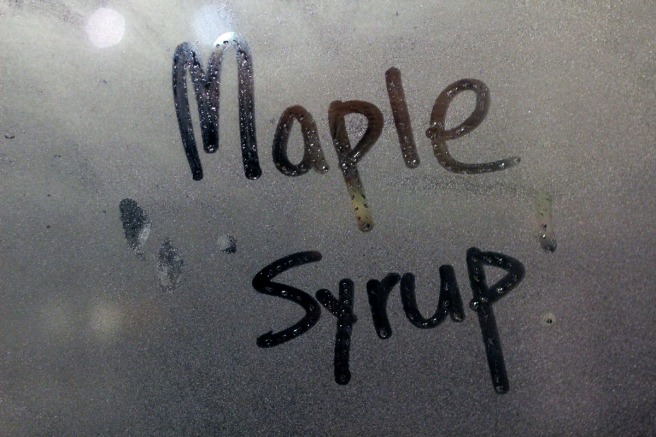 After about three weeks of tapping, this is the result of our botanical bounty:

The thing the three of us found most fascinating about the syrup was the different shades of amber (and yellow) we attained. As I learned from Dan and Tracy Seguin at their sugar bush south of Sudbury (this was an awesome story to do), the first tap of the season creates the most coveted syrup. As you can see in the photo above, our first tap was much lighter in colour and was milder in taste. It is a finer, better grade of syrup. Taps following the first yield darker syrup with more traditional colour tones. We found this to be consistent with our experience, until we got to tap number three (actually the fourth jar from the left). Tap number three froze in the bucket, when left outside on one of those “spring” evenings where it was actually much more like the depths of winter. Because it froze, the sugar layer partially separated from the water layer, making it far faster to boil down and, curiously enough, making it bear more of a resemblance to the extra light, grade A, first tap syrup. As you can see, however, we may have boiled this batch a bit too much, since it developed a bad case of the sugar crystals. Also super interesting: it tastes so much like honey! 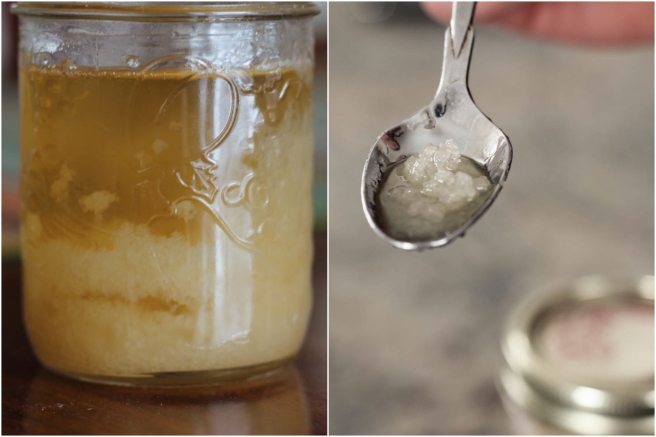 Anyways, we’re still tapping, despite it being mid-April. There’s half a bucket of sap hanging from the tree as I type. The weather this year has really been pretty perfect for sap producers, it seems. Since the ideal maple syrup season is where the nights reach -5°C and the days reach +5°C, it looks like we could be in the midst of what is a longer-than-usual production year. Which is good, because last spring it was hot, hot, hot! Spring snowstorms (no seriously), meet your silver lining.

7 thoughts on “Tree tapping and the science of syrup”