Every so often I blog about something I’ve wanted to make for awhile. I can’t lie, it’s normally sugary items… desserts I’ve mentally bookmarked while unblinkingly surfing page upon page of food galleries.

Homemade perogies were one of the savoury items on my list, and, with my parents having brought me some lovely potatoes from Prince Edward County in southern Ontario, I was given the perfect excuse. 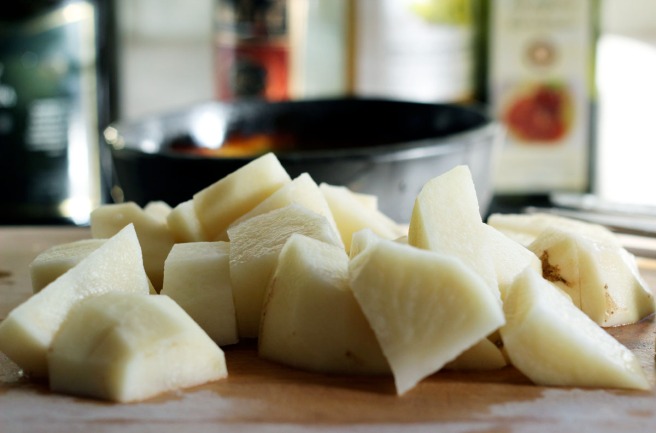 Before we go any further, you must understand my history with perogies.

In my second and third years of university, I used to fiend them. I would buy those big No Name brand bags from the freezer section of the grocery store and sneak into the kitchen at 11:30 p.m. to quietly boil a handful of them before slinking back down to my bedroom to watch television on the Internet. I wouldn’t even fry them – rather, I’d get distracted by something and let them bob around like those floating Pokeball fishing balloons, creating an overcooked disaster. As a result, part of the doughy skin would come off, leaving a starchy residue clinging to the bottom of the pot. I was also once passive-aggressively mad at one of my roommates for half a week after she accidentally polished off my bag of perogies.

To be honest, I thought these perogies were going to be a mess. When it comes to handmade foods like this, I often lack both the patience and precision to slowly seal each individual perogie pocket. Luckily, Wednesday was not one of those nights, and I was able to conjure the motivation to carefully form each and every one of my 20 perogies (except for one of them which suffered a painful-looking potato wound).

Spoonfuls of Nutella and the delicious potato-cheddar filling helped curb hunger and sustain happiness throughout this process. 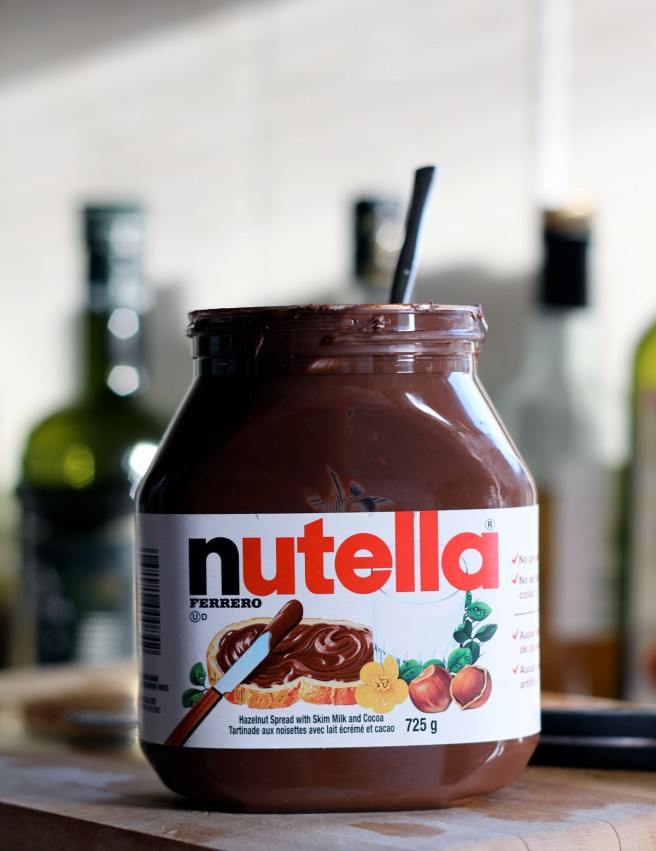 Making these perogies reminded me greatly of the two years when my friend Gord and I made dumplings/potstickers for Chinese New Year (year one, year two).

In what way? Well, here, have a venn diagram. See? Very déjà-vu  inducing.

Explanation of that last point:
During year two of dumpling making, a water pipe along Elgin Street where Gord lived exploded (if I remember correctly). The situation that followed wasn’t one ideal for the handling of raw ground pork. We utilized my three-quarter-full water bottle very carefully that day. We used a kingdom’s worth of paper towel and I may or may not have wiped dumpling filling on my sweater.

This recent Wednesday night lack-of-electricity story is far more self-induced. Our dishwasher was running and I tried to boil the kettle for tea. Our kitchen fuse said “adios” to life and decided to act up before I finally found the location of my new home’s fusebox.

I ate these on the wood stoop at the back of my new house. The end of my cooking playlist sang softly from my iPhone, the sun set to that golden sweet spot, and if I shut my eyes I could almost pretend it was still summer.

PS: Hey Macbook – why must you insist on stressing me out by underlining this post’s title word with an angry red squiggly? Deal with it.

Boil the potatoes until thoroughly cooked, about 15-20 minutes.

Strain them and let stand for 5 minutes to let the extra moisture out.

Mash and add the cheddar, butter, herbs and salt. Your filling is done.

Mix all the ingredients together with your hands or a wooden spoon until you have a smooth dough. If needed, you can loosen it up with a couple drops of cold water. Form into a ball.

Roll the dough to about 1/8″ thick. With a glass or dough cutter, cut out 3″ circles, saving the trims.

Put about 1/2 tablespoon of filling in the middle of each.

Dip your finger in water and pass it around the edges so the dough will stick together nicely.

Close the perogies making sure they are completely sealed. Set them aside on a floured pan.

Roll out the trims and repeat the process until the dough is used up.

Bring a large pot of water to a boil, adding a teaspoon of salt.

Drop the perogies in and cook for 5-6 minutes or until they float on the surface. Remove from water and put on a plate with a paper towel to dry them.

Fry, if you want, in a pan with heated oil or butter. Cook until browned slightly on each side.

Makes 20 perogies (my dough was a tad thick).