Oh man, words cannot begin to express how much I love my new camera. 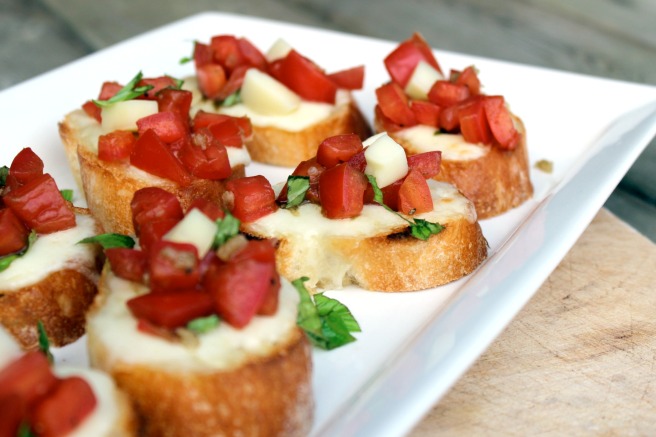 Seriously, seriously love. The pictures. They’re stunning (I think).  I love, love, love, love, LOVE it. It will accompany me around Europe, photographing many a pastry, pizza and bowl of pasta. Oh the things that camera will see in the upcoming month. Stay tuned.

In the meantime, check out part two of my bruschetta making extravaganza: caprese bruschetta.

This was the second type of bruschetta I was supposed to make on Sunday night, before Mother Nature swooped in and kicked Hydro Ottawa’s ass.  I was so concerned on Monday evening when I got home from work – the electricity was still out, and my Art-is-in Bakery baguette wasn’t getting any fresher.

My worrisome bruschetta fate led to me attempting desperate measures:

Okay: does anyone near Old Ottawa South have a fridge I can put my cheese in? I will make you bruschetta.

To my great relief, the power came on before I was forced to bring my cheese to another location.  My friend Ben was kind enough to offer his fridge, however, and so I brought him and his girlfriend Sara the leftovers.

Anyways, back to the actual bruschetta.  I discovered that this appetizer is actually the only way I like eating uncooked tomatoes.  Normally I hate them, but there was something about the combination of high quality mozzarella, basil and oregano that made it all okay.

In the recipe I adapted my version from, the cheese wasn’t supposed to be melted.  To that, I say all cheese is better melted.  I let it broil on top of the garlic oil-soaked bread and scattered the leftover cheese on top.  Omnomnoms were achieved.

PS: Bruschetta is the most unladylike appetizer to eat. I thank my lucky stars that I was sitting on the porch alone wearing biking clothes when I ate this. A mess was made. 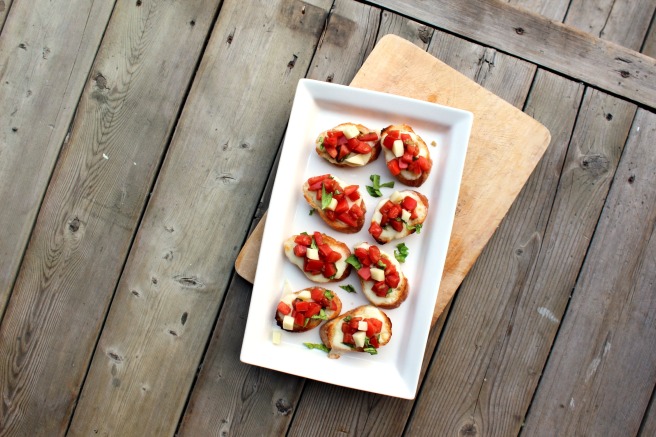 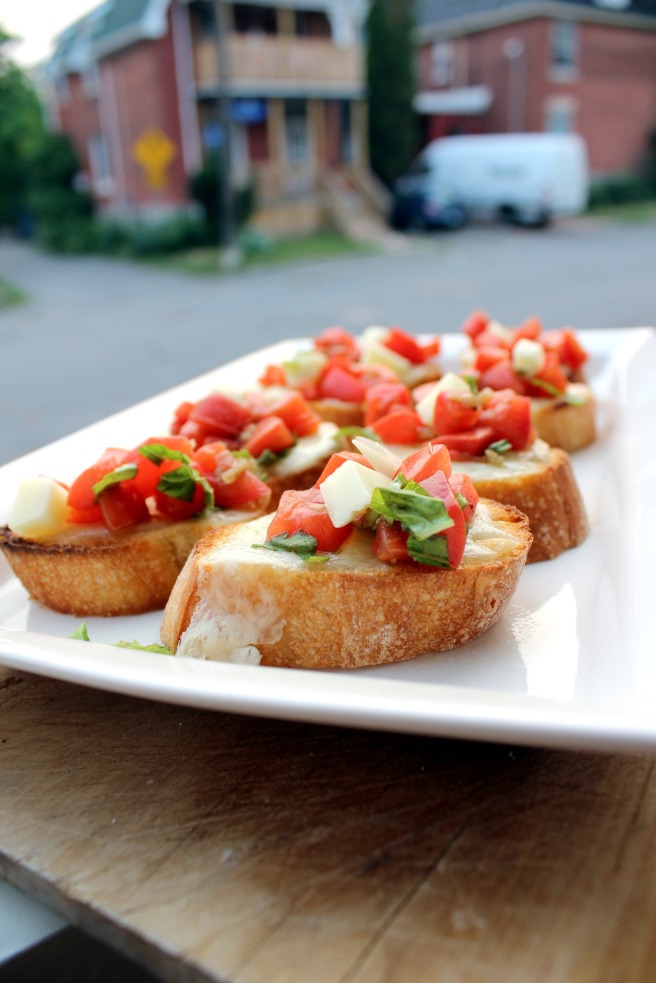 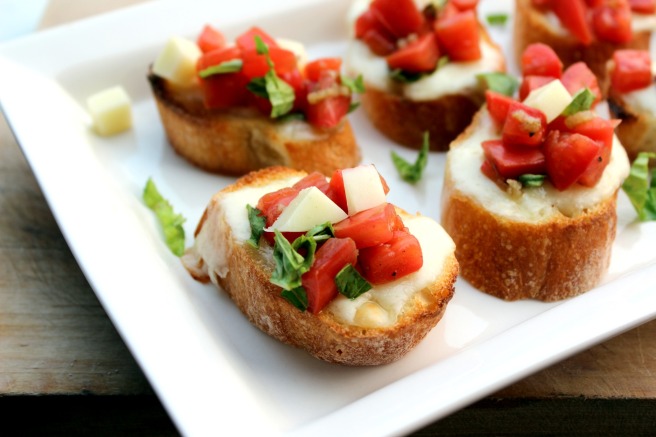 Preheat the oven to its broil/grill setting.

Cut the tomatoes into 1/2-inch dices, and the mozzarella cheese into 1/4-inch cubes. In a small bowl, toss the tomatoes, chopped basil, garlic and oregano.  Refrigerate until ready to use.

Brush one side of your sliced baguette pieces with the garlic olive oil (regular olive oil will also work).  Put the the slices oil side up on a baking sheet.  Scatter the mozzarella cubes on top of the bread slices.  You should have a few cubes leftover, which you can set aside and sprinkle on top with the tomato mixture.

Once your oven is preheated, toasted the bread and cheese for about 4 minutes, or until baguette starts to turn golden and cheese is melted and bubbly.

Arrange the bread on a serving platter, cheese side up. Spoon tomato mixture and leftover cheese cubes onto each slice of bread. Serve immediately so the bread is warm and doesn’t get soggy.